Austrian musician Phirnis has returned with a new album, one that has been many years in the making, and it is an epic one. Released by the German label TC5, Presence/Cadence is, as the name suggests, essentially a double album, of sorts. The album proper – Presence – fills the A side with its ten tracks, while side B is given over to Cadence, by Mzungu, a single 36 minute track that serves as a remix album to the A side.
Electronic music can be cold and isolated at times, and while the opening track, “The Detox”, starts to gives this impression, with its Radiophonic-esque beeps and whistles on a robotic beat, the human presence is felt throughout the album. Moving through the tracks you feel a fight between the two sides, machines and humanity. As soon as a track gets too mechanical, too inhuman it ends and is replaced by something with a bit of humanity, sometimes that can be an organic instrument sound like a piano playing in an empty railway station while the tannoy messages play as on the second track, the aptly named “Presence”, or  it might be some distorted spoken words, or a glitched organ. But the noises and the inorganic soon return. This ebb and flow never allows the listener to get too comfortable with what they’re hearing.
If the A-side could get claustrophobic at times, the remix on the second side takes the a different approach placing the sounds of the original in empty spaces, spreading them out and giving them room to breath, giving a heartbeat and a pulse to the whole piece and where the original kept the organic and the inorganic separate, instead skillfully marries them together in one harmonious union.
Double albums can be tales of excess, ego and indecision, with bands refusing to trim the excess fat, but that is not the case here. Presence / Cadence is an album of opposites, the opposites between the organic and the inorganic side A and the opposites of the disparate side A and the harmonious side B and it is all the more enjoyable for those opposites, as each helps to highlight and strengthen the other, creating a double album with a singular purpose.
Presence / Cadence is available from TC5 on Bandcamp. 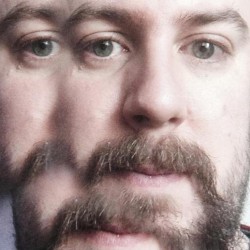 Latest posts by iain (see all)

Mon Dec 9 , 2019
Spread the love Long Read Memories charts the mental and emotional gravity of a real life tragedy as it reverberates over the last thirty years. […]