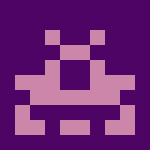 Long Read Memories charts the mental and emotional gravity of a real life tragedy as it reverberates over the last thirty years. It does this using guitar, semi-modular synths, field recordings, and more – all recorded at different times over the last twenty years. Despite its emergence from the miasma of time across the last few decades, the album feels like one of the most bracingly new listening experiences I’ve had in months. It feels almost radical in its alchemy of heartfelt, heartbroken history and heart-swelling songcraft. This album nourishes the soul as well as it feeds the brain.
On a surface level, I’m reminded of the source-overload and technical wizardry of Oneohtrix Point Never’s Garden of Delete, an album that used the detritus of nu metal and techno to build mutant paeans to the future. Lots of jagged edges and contrasting synth pads, warped samples ripping through calm textures, arpeggios corrupted and dissolved. But it’s the very substance of these samples, the field recordings, the atmosphere and the arpeggios that brings Chelmets’ compositions to a deeply emotional, warmly devastating level.

I could try to recount the full story, posted from his twitter a few months back, but I’ll just drop this from the Bandcamp page for context, because I don’t want to tell someone else’s story when it matters so much:
My brother was arrested for murder in 1987. He was 17. I was 9. It was a singular event that triggered so many concentric circles of pain around so many people. He has grown. He is almost 50 now. He has facilitated the healing and dialogue of victims of crime with offenders. He is a Buddhist. He is still a juvenile life without parole offender, regardless of US Supreme Court rulings to the unconstitutionality of this sentence without consideration of age. We talk on Saturdays. We write. We share music and shows we are watching. I enjoy these talks.
This backstory informs and colors, utterly permeates everything on the album, but Long Read Memories is not an autobiographical experience, not in the literal, lyrical sense. This is a story told through pulsating synth work and aching guitar yawns, submerged percussion and spectral sampling.
Ever present are the field recordings of courtrooms and news broadcasts surrounding the trial, an environment hovering just outside the music like a ghostly framework. They provide a setting for all the action to play out, but they do a lot more. At certain moments, they crush the imaginary barrier between instrument and sample, a physical blow right through the mix – sometimes jarring, sometimes unnerving, they keep the pain and heart of this catharsis in focus: a screeching car, a desperate plea, a final judgment, whispered, half heard, lost.
Despite the heavy construction, Long Read Memories is a remarkably enjoyable listen from beginning to end. The palpable, raw emotion blends perfectly with sumptuous production, fluid and endlessly detailed. It’s not exactly lighthearted or fun, but it’s the kind of music I find myself leaning in ever closer to get more of it, to feel it closer, to know it a little bit better. Its pleasures may only unfold upon the second or third time around, but it becomes more worth it with every loop. Above all, it is a deeply rewarding listening experience.

Mon Dec 9 , 2019
Spread the love I don’t think a ‘best of’ list can be created, I’ve not listened to everything out there to be able to definitively […]