Adams/Bucko/Cunningham – Every Way But What Came To Mind

Reviewed by J. Brodsky
For all the micro-genre pissing contests held by fascist teenagers (and teenage-minded adults) in the comments of YouTube videos, on music forums, and within other, less savoury channels that nobody save for these jackasses can stand frequenting anymore, there are ultimately two classifications of music: that which thinks and that which breathes.
But it’s not that simple, either: breathing music can be contemplative, thinking music can seem thoughtless, and elements of both can reside within a work without compromising its integrity or foundation. Much like most binaries we encounter, these aforementioned designations seem more sensical as bookends than exclusivist assignments.
The lion’s share of experimental music seems to favour an aesthetic of breath, and this seems decidedly political: there’s something implacably everyman about breathing music, a world where the idea of sound is more concerned with its own existence than what it does with that time. There’s something exceptionally intimidating and alienating about this world from people who come to experience it from the inculcated criteria of thinking music, a paradigm where works are crafted with an end goal of transmitting a considered, often through-composed idea that can be reproduced endlessly and – all being well – represent an ideated and desired shape each time.

And it should be intimidating, as in a society that celebrates technical skill, a world where a seasoned veteran and neophyte can share a stage and seem (or even be) indistinguishable from one another is a direct affront to the principles that allow concepts of competition and hierarchy to flourish. Ironically, while the average radio listener is likely to reflexively diagnose breathing music as pretentious, there are few avenues likely to be more accepting of that same person’s creative efforts, were they to allow themselves such bravery. And that – regardless of how one would be well within their rights to say that work of a free-improvisatory can be up its own ass (often it is) – is an exceptionally attractive aspect of such an outlet, the sheer egalitarianism it affords.
Which leads us to Every Way But What Came To Mind, a concert recording by Alexander Adams, Bob Bucko Jr., and Alex Cunningham which sees release later this week via the impressively prolific and varied Already Dead label (home to both great works both borne of breath and thought). While communal in nature with no leader designated by the sparse liner notes, Bucko’s saxophone is far and away the dominant element, a confidence certainly accrued via the 80+ recordings he’s been directly responsible for (both as a solo artist or formal ensemble member) since 2010, which doesn’t include the myriad countless sideman roles he’s fulfilled during that period as well.
While Bucko has flirted with more discrete song forms at times, the bulk of his catalogue breathes, a stroll through his canon being akin to witnessing a person themselves strolling without too much worry given to their destination or even the surface on which they trod, and this outing is no exception. If Interstellar Space is an influence on the man (it is), this is the sound of three men exploring it, and they deftly do: without Adams’ sympathetically sporadic jazzfuck drumming or Cunningham’s violin alternating between an ethereal supporting texture and a rakish (perhaps even rude) duad with Bucko’s horn, this would be so much less, and the beauty of work such as this which is indebted to the spirit of breath above all else is that nobody can say which would be preferable, only which of them they’d personally prefer.
Adams/Bucko/Cunningham play a vicious, intermittent jazz that both is and isn’t, and if that sounds like your idea of a fun time, don’t sleep on picking up one of the 75 cassette copies seeing issue on March 28th.

Nonconnah – Dead Roses, Digged Up Zombies, Broken Pieces of Diamonds, Live Cats
Ernest Jenning Record Co.
Reviewed by Vogon Laundromat
The images on Nonconnah’s website, black and white photographs of broken derelict buildings give hints for the new listener to the spaces their music often inhabits. In stark contrast are two in vivid colour, an effects pedal set up and a guitar. It’s clear there is a love for the equipment they use, a respect for the process that goes into their work and the music speaks for how much of themselves they put into the music.
I’ve gorged on this album over the past few days, it’s wonderful. Apart from a few other bits and pieces I’ve not really listened to much else in that time. It’s an hour of superbly crafted noise and drones spread over 21 tracks, each given sufficient time to develop and sink in before moving on.

The album has been three years in the making with Zachary and Denny Corsa enlisting a legion of accomplices and collaborators along the way. Field recordings, feedback, marxophone, bubble wrap, cello, tapes, shortwave and more go into the mix. The pieces avoid wall of noise though and are layered and delicately textured throughout.
Vocals for the most part are buried and indistinct or are only present in the first few seconds of the tracks. Dark themes run throughout the album, track tiles such as ‘All Those Days, As If Spent In A Fugue State’ seem apt and for me this along with ‘Rainbow Over Pegasus Field’ are my two favourite tracks. I’ve often wondered when a piece of abstract work can be considered complete, I guess it does when it sounds as good as this.
Dead roses, digged up zombies, broken pieces of diamonds, live cats was released 15th March on Ernest Jenning Recording Co on limited edition cassette (which looks beautiful by the way) or digital DL.

Massimo e Massimo was produced and arranged by Kyle Tierce, and mixed and mastered by “Dusty” Jim Moreland, with additional engineering by Gilderoy Jones. These three deserve a lot of credit because despite being recorded in the 70s, the tracks on Massimo e Massimo sound fresh, a great example of how older works can be curated in something greater with today’s audio technology. I was reminded of how this approach has made a lot of Arthur Russell’s music take on a certain timeless quality. Why not do the same for Italian horror soundtrack scores? As a horror fan, I’m admittedly biased, but I think any fan of instrumental rock music can find something to enjoy here.

Easter Bloodhounds / BEDTIMEMAGIC – Turn the Bass Down, You Fucks

Reviewed by Nicholas Panagakos
You ever seen two trashcans in love? I don’t see it as much as I used to, but every now and then it happens; mostly in the spring. It’s a beautiful experience when you get those heavy plastic flaps spraying juice at each other and swapping small bits of plastic and cigarette wrappers. It can get messy, but it’s honest. This is nothing like that.
The newest split from Easter Bloodhounds and BEDTIMEMAGIC sounds like to trashcans in love being pushed down a few flights of stairs and into a pile of other trashcans in the throws of passion. It’s beautiful. Turn The Bass Down, You Fucks does nothing short of shake the fake offa ya. You want to get up and move? This’ll do the trick. Four songs from BEDTIMEMAGIC and three songs from Easter Bloodhounds make up this dandy split.

BEDTIMEMAGIC come out with sledgehammers of precision, smashing everything in their way with the accuracy of a good sniper. Jumping through time signatures and stylized vocal chaos, they create the perfect blend of music for a demolition derby or a zen garden, depending on how you look at it. It’s a lot like standing in the eye of a storm when everything around you is on fire and exploding, but you find some peace in it. There is an acceptance of balance between love and hate, mutual understanding between cats and dogs. As soon as you’ve centered yer friggin chakras, here comes Easter Bloodhounds…
More in the vein of a murderous wave in the darkest ocean, Easter Bloodhounds are out for revenge. Consider your own little fishing boat: simple and elegant without being fancy, everything you need really. A modest existence that brings you some small pleasures and joy…until…
The hulking goliath of Easter Bloodhounds comes crashing down around you with the rage from buried millennia. We’re talking every pirate skeleton and every squid from every horror story. You are no longer on a fishing boat. You are now the ferryman for the damned; still a modest existence, but there is no joy here. Not among these monsters. That’s just how we want it.
These two groups of goons play locally quite often and it would be a shame if you passed it up. Is it too loud? Most definitely. Is that how we want it? Most definitely. Should you pick up this split? Most definitely. 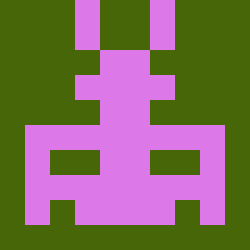