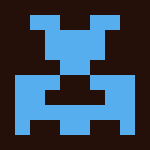 Resembling early 70s BBC Radiophonic Workshop, The Night Monitor’s This House is Haunted is a genuinely unsettling listen. Based on one of the most famous poltergeist cases in the UK, the Enfield Poltergeist, a story so weird and creepy that it disturbed a whole generation of impressionable kids in the late 70’s. Those children have gone on to grow up into equally impressionable adults presenting the ideal canvas for The Night Monitor to weave his supernatural magic.
Neil Scrivin, aka The Night Monitor, is normally to be found creating brighter, technicolor vistas through cut-up sample collages and bass-heavy grooves as synth-funk collagist Phono Ghosts. However, with The Night Monitor everything has become claustrophobic and unsettling; much darker territory is mapped and we find ourselves inhabiting the forbidden woods of possession and hauntings.
Using Guy Lyon Playfair’s account of the Enfield Poltergeist, ‘This House is Haunted’ as inspiration, Neil Scrivin has summoned the very essence of all that is disquieting through distorted samples, snatches of chattering EVPs and a truly unsettling array of analogue hardware.
The synths are ominous and the pulsing beats are stark and echoing. Tracks such as The Epicentre are genuinely creepy and should only be consumed in darkened rooms by those with sturdy constitutions. It’s impossible not to let one’s imagination fill the visual field with vaporous shadows and coiling darkness. I Can’t Make That Noise is overtly sinister, Unhappy New Year becomes disorientating through dissonance and trembling dread, while A Patch of Fog could have been beamed from the deepest well of the phantasmal realm.
There are moments throughout that seem to invoke the spirit of Aphex Twin’s Selected Ambient Works: Volume II, especially Action and Adventure which recalls the eerie Aphex cut Curtains to such an extent, it could almost be a companion piece.
Throughout, the sense of dread is palpable. Neil Scrivin’s skill at composition keeps one listening through clever use of hypnotic patterns and dense textures of sound. Each track possesses an eerie tension, with washes of ambience and reverbing menace.
If you’re a fan of Nigel Kneale’s ‘The Stone Tape’ or BBC’s ‘Ghostwatch’, then this album is for you. HP Lovecraft couldn’t have summoned a more disconcerting collection of tracks to herald the emergence of the Great Old Ones.
This House is Haunted is borne of a genuine love of all that this spooky. The soft pulse of disquiet echoes throughout, transforming the eerie realm into sonic and cosmic weirdness.
This House is Haunted by The Night Monitor is available to download from his Bandcamp page.

One More Mile to Providence: Vol. 1-3