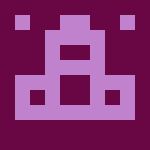 This is an extremely interesting and challenging release. It absolutely requires and warrants repeated listens to fully digest the weight of the sound and the atmosphere created within. The first thing you will probably notice is the pace of the music which is somewhere between tortoise-like and nodding-out. The darkness is enveloping and total and straightjackets you into a mood of despair.
Lumbering and plodding through a minimalist haunted soundscape, the closest comparison that strikes me is possibly Mr. Bungle played at 33 RPM. Or closer yet, maybe Jesu played at normal speed. The Bungle comparison seems apt though, due to the vocalist sounding similar to Mike Patton. The music approaches a slightly similar sound too but obviously much less frenetic than anything Bungle ever did and mainly aligning with their creepier off kilter breakdowns, again slowed down to something nearing half speed.

Another comparison that could be made is a more gothic sounding Tears for Fears when Curt Smith is on vocals or if anyone remembers Boston’s eclectic 80’s band Think Tree. It definitely has that esoteric mishmash of goth and industrial that reached an underground popularity in the 80’s.
Creeping along, shrouded in dissonance punctuated randomly with chimes, bells and assorted effects, listening to this album can be a bit of a chore. But once you’ve unlocked the rhythm and the heartbeat of the album you can be rewarded with the beauty in it’s sadness. The album reaches a pinnacle on the title track 4. With a repetitive guitar/bass riff that sounds like a large engine trying to turn over. Once running, the song is handicapped and held in check seemingly by an immense anchor. Bulldozing it’s way to the end, the song is a beautiful ethereal dirge which somehow manages to be slightly catchy. Heading into the second half of the album, the darkness seems to lift ever so slightly but the sound and feel remain faithful to the rest of the album.

The tension they manage to create within each song is immense which is amazing since the sound manages to remain fairly minimal. The songs seem to be aching to break free and explode but are never allowed to. This creates a fascinating and almost uncomfortable amount of bottled up energy that stretches to the end of the album. A sound like this is almost entirely unique and I would love to see where Stern takes it to next.

Fri Nov 16 , 2018
Spread the love You hear that? The sounds like angels taking LSD and operating a demolition site? Sounds like Heaven to me. It also sounds […]