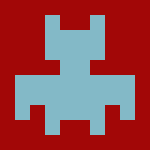 Marissa Nadler’s recent move to ‘Dream-Pop’ A-Lister Simon Raymonde’s esteemed Bella Union label was always an interesting one. Her dedicated fan-base, built up over more than a decade, could be forgiven for worrying that those spine-tinglingly intimate moments of drama and pathos would be lost in translation and in pursuit of an off-the-peg trendiness and a ‘more expansive sound’ (whatever that means).  What was that warning again, about Strangers bearing gifts?
Well on the evidence of 2014’s July and now her latest and best LP Strangers, the Bostonian’s mastery of both medium and message is not to be dispensed with so easily.  In collaboration once again with (unobtrusive) producer Randall Dunn Marissa has provided a record of sumptuously melancholic pop music in which the expertly constructed sonic atmosphere enhances, rather than punctuates, the emotional effect.  It’s a production marked by a rare and welcome restraint in its deployment of drums, synths and strings.
Lyrically, there is the familiar, ominous marriage of heartbroken characters and apocalyptic imagery. Many of the songs’ estranged surrogates wander through landscapes transfigured as if in the aftermath of “some great deluge” (as in the vaguely grungey, radio-friendly Janie In Love) or some hostile visitation – in the title track.
“Strangers came in and out all the same
And I saw them coming
Saw the way danger came around with their heavy gait”.
In the soaring Nothing Feels The Same Nadler sings sadly of
” Lying on the ground
Where our town used to be
Some strange particles
Float by my periphery”
In Hungry Is The Ghost, perhaps her lushest, plushest song yet she sings of
“Looking through the windows to other people’s rooms …
Thought I saw you in a store
Just a sign of wanting more”.
Again, in the stately, sorrowful Skyscraper it’s:
“Saw your face in the wind
And I’ll never go there again”
Familiar, yet uncanny. Don’t grief, and its close friend intoxication, do the strangest things?
Most impressively, the record effortlessly transcends the rehearsed narrative tension-and-release essential to Nadler’s gothic-folk roots. We’ve all heard those stories before and they will always ring true, but this is something else: this is a record of superlative epilogues encapsulating the moment when the trusty old laments and escapist fictions start to lose their purpose and we somehow open up to seeking recognition and solace amongst our fellow Strangers.

Sat Jul 2 , 2016
Spread the loveConsidering recent chain of events, I say that G.L.O.S.S. dropping an EP couldn’t have come at a better time than this. For those […]