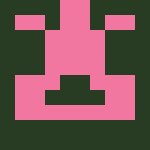 Many of you are already familiar with David Breather and his various projects like Interbella, Famous Breathers, Dead Czar, Blind Bunny, and much more. David’s experimental and noise rock/metal roots are well documented in the annals of I Heart Noise so no need to dive too deep… but how does Hip Hop tie into all of this?
David has been a Hip Hop fan since before Rap Music truly crossed over to the Mainstream. We’re talking Old School here… David was actually teased in school by other students for being a Rap fan because in the early to mid 80’s not many white kids were listening to Rap in the affluent suburbs of Rochester New York.
David had all the records starting with groups like UTFO, The Real Roxanne, Whodini, MC Lyte, RUN DMC, Stetsasonic, Whistle, Kurtis Blow, Fat Boys, Doug E. Fresh, and the list goes on and on. David also attended many concerts around that time, seeing LL Cool J on his first large venue tour at age 17, The Beastie Boys long before Licensed to Ill dropped and made them a household name, and Public Enemy before the release of their debut album.
Fast Forward to now, and all the years in between David followed Hip Hop into its mainstream success and far beyond. Let’s just say David has been steeped in Hip Hop since the glory days… and to the present day it is a huge influence on his music. Not surprising that many Interbella tracks have Hip Hop inspired beats and samples… so it was only natural for David to eventually team up with a rapper and create a full-fledged Hip Hop group… and that is Test Subjects!
David and Mad Science AKA Deadbeat AKA Ryan Martin first connected in discussions about food… and then David heard him Rap and the rest is history. Mad Science has an Old School flavor to his styles… which appealed to David. It also helps that they are both weirdos and neither of them are restricted creatively in any way. Here is a little background on Mad Science in his own words:


I’ve loved and studied music forever. Even today, if I see a link for something I have’nt heard, I will clink the link and listen to it. I’ve been making music ever since I first stumbled onto a DAW (digital audio workshop) which I might’ve been between 12 & 14 years old. By 15/16 when some of my friends started driving, a couple of us got into freestyle sessions. Hours of driving between cornfields just rapping off the top of the head. Lots of battling.

Then we started finding all the cool underground hip hop labels that really cared about what they were doing and the music was just awe inspiring. We always loved the artists that would go further and do things differently. So making music was just something I never questioned and just kept studying and working on and practicing. At some point between 23 & 24 I had this major turn around where i focused on making a movie which I had 0 experience in. I stopped recording and writing songs but was still freestyling whenever I could and rapping to myself when I got bored.

I would still make music but not for purpose of rapping over it. I’ve always loved weird arty indie films ever since I was little so the turn was drastic but not unreasonable. The film is called Bad Ideas and it still is my brain child. It took everyday of 4 years, everything I was earning, i had to learn and do all of the hands on behind the scenes stuff like editing, producing, directing, lighting, even catering with gummy bears and vodka while acting in several roles. Naturally, I did the music but it’s a very non-hip hop score while at the time, to me, it is very hip hop.
The movie got made, a few small awards were won and I went back to my day to day whatever which includes cooking because who doesn’t like food and it’s a weird personal science of its own. Then I really got the urge to record again and I don’t know any rappers where I live so I just bought all the fixins to make a small studio and set up a quick booth in a closet and basically just played around.

Everything is DIY with me for some reason. In the beginning, I used to battle, then I got more poetic and started writing story raps, then I was writing this epic sci fi album and blah blah I was just all over the place. Things weren’t saying exactly what I wanted or I’d get depressed or collaborators would drop off and basically, a number of projects never got finished.

Then I started honing the style that I’m using for this project, Mad Science. More Ovaltine Please, which came out Sept. 6 of 2016, and all the singles that followed under my Deadbeat name were precursors to this project we got going on now. I’m talking about things I wouldn’t normally bring up, I feel like I’m saying more but still being whole hearted with an insane sense of humor. It’s good and well thought out but still feels very freestylish, like i’m talking with you and not at you.

The Test Subjects songs just clicked instantly. David has tons of tracks and makes all sorts of styles of music and that’s a big ‘yes’ for me. Working with fellow creatives brings out something you wouldn’t do yourself and I think that’s what we’ve done. It’s just weird. I think it is what it is without being too forceful and by having a good sense of self awareness. It can be what you want it to be.

At times it’s political, at other times it’s joking, other times it’s being philosophical or making food or pop culture references. All the songs work together as one, like a cohesive unit. Lucky for us we just keep going and we got more music coming soon enough. Hopefully, we’re adding to the innovation that I love about hip hop and I think we are because if we weren’t I wouldn’t be doing it.

So kids… Mad sums it up perfectly there. So check out our Debut EP called Season Premiere! Head on over to http://testsubjects.bandcamp.com and lend it your ears and your heart, then hopefully you will download the album… then tell your friends, family, neighbors, and co-workers to go get it too!

One thought on “Test Subjects…Study Up On This!”

Wed Nov 21 , 2018
Spread the love  [nextpage title=”Intro” ] Continuing our conversation with indie record labels –  challenges they face, their views on streaming services and more! Our […]