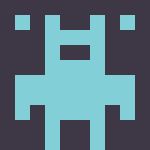 Today, our experts weigh in on debut album from Paul D’Amour’s (Lusk, Replicants, Tool) project Feersum Ennjin.
Lob23
As a bass player myself, I am more fond of the early TOOL releases than the later ones. So, when asked to review the new release from original Tool founding bass player and song writer Paul D’Amour’s new project Feersum Ennjin, I was excited.
The band takes it’s title from a syfy novel about a future where technology and reincarnation have met as an accepted way of existence, written by Iaian Banks. This band follows up a few other previous solo incarnations that D’Amour has done since leaving Tool (mostly to compose film soundtracks), and is the follow up to his previous band Lusk,
I put this on and started listening.. and perhaps about 4 songs into it I started saying to myself…”is this is the new Jane’s Addiction album we were promised??” (because the new record they released sure isn’t) and what I mean by that is that this record really sounds like something that would come from Jane’s Addiction.. super great melodic heavy bass lines.. trippy psych harmonies ..and flowy guitar riffs with punch hooks .. the only thing really missing is a power vocalist.. not that Paul is not a good singer, which he is.. he is just not Perry Farrell. Songs like “Hate The Sun” and “Lines” have strong resemblance to Jane’s in their 2nd album era, as well as “The Raft” (especially the end of that one). “Fishing Ground” features that bass sound that D’Amour made popular with the early Tool material, and it kicks ass.
The longest song on the album “The Fourth” also has a sorta heavy Tool-esqe sound…but also really includes heavy psychedelic grooves ..think early Gilmour era Pink Floyd. The more I listened to it, the more I liked it.. and I would say I heard those three influences the most ..so if you like Tool.. Jane’s Addiction.. and Pink Floyd.. you will like this release. – Lob23
Ira F. Cummings
For those familiar with Feersum Ennjin‘s genealogy, their sound makes complete sense—and in some sense it’s expected. The main force behind the helm is Paul D’Amour, most famously of the ’90s heavy/prog outfit Tool, but also Lusk and several others. So it should be no great surprise that sometime’s Feersum Ennjin’s first full-length sounds a lot like Tool.
What makes this release different from just being another Tool album, is a certain elusive lightness. That’s not to say that Feersum Ennjin doesn’t loud or angry, just that D’Amour’s vocal never becomes a scream, surprisingly the bass is less evident, and the guitar is generally less acerbic. On top of these, there are a few very surprising Top 40-esque pop choruses in the record. Though rare, these seem especially jarring, when the rest of the record has little to do with that radio friendly pap.
Enough of what Feersum Ennjin isn’t though. What they are is far more experimental than Tool. There are keyboards here; samples, noises and other disparate elements that give the songs a collaged feel at times. You can tell that D’Amour is really stretching out musically with this project. It still sounds like rock music based around the holy trio of guitar, bass and drums, but it’s he’s not limiting himself to just the basic rock ’n’ roll instrumentation here. While the whole album feels cohesive and consistant, each track is different. There is a pervasive darkness, though sometimes one glimpses a ray of light. The album as a whole is exceptionally well produced, with a fantastic and clean sound. It never gets so slick as to feel overly commercial, but the sound is rich and multi-layered.
Lyrically, Feersum Ennjin again recalls Tool in D’Amour’s poetic compositions. You get the sense that he’s still dealing with some demons, though their influence is not as pervasive.
As lazy it is to review a record based another band, it’s unavoidable in this case. In general, how much you appreciate this Feersum Ennjin’s self-titled record will really depend on how much you like Tool, and in some sense prog rock. It lacks the tooth of a Tool record, but it’s generally smarter and somewhat more dynamic. So if that’s your thing, check it out.

Theory Of Everything – Final Version!