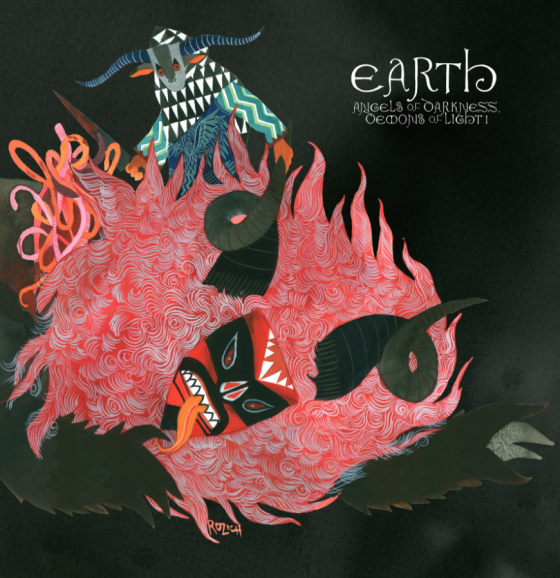 Two tracks off of “Angels of Darkness, Demons Of Light 1” – most recent studio album from Earth – are currently available for streaming via NPR. Check out “Old Black” here and “Father Midnight” here.
As “1” in the title of the album indicates, there’s more to come and next installation in the series is slated for October release.

Dylan Carlson has returned with another Earth album, the awesomely named Angels of Darkness, Demons of Light 1, due on Southern Lord this month. It sounds like the music the extended family of of the Winter’s Bone meth-makers would make if not straight bluegrass, if someone had given them a diet of Sabbath and not “16 Tons” played on fiddles Or maybe a diet of both, plus a serious deprivation of sunlight. This was recorded in an upside tornado inside the moon. FYI.
Fader

Do NOT follow this link or you will be banned from the site!
Recommended
Show Review – O Paon / Earth at the Middle East (06.14.11)
Tonight's show at the Middle East brought together one Canadian…
Cresta Posts Box by CP
wpDiscuz
%d bloggers like this: