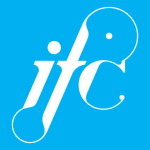 I can’t tell you much about Vernon Sélavy for sure. I can tell you that it is a group of two Italian guys (Vincenzo Marando and Roberto Grosso Sategna). I can tell you that they have a self-titled 7″ released on what appears to be an artsy DIY label. I’m also guessing that they have listened to a lot of Tom Waits.
What I do know for sure is that all three cuts on this record are really solid. The Tom Waits comparison is really the easiest to draw, but the most apt as well. With tempos ranging from sludgy to plodding and singing that tell of smoking too many cigarettes, all combined with a lo-fi aesthetic, it’s hard to move past the similarity. What separates these songs from being too close to the source material is a grain approachability and a bit of tunefulness. The lyrics aren’t nearly as obtuse as something Waits might right, and there’s a certain bounciness to the tambourine that dances around in the background. The guys seem to be taking the Blues approach to it all, and just telling things how they are and leaving you make your own calls.
The A-side is really the standout track, “Apple Seeds.” Like most great songs in this oeuvre, it’s about a woman, but it’s different enough take on the typical song of unattainable love to give it a lasting effect.
I’ve definitely been playing these three tracks a good amount, and I would have no reservations endorsing it to anybody who likes their music rough around the edges, and somewhere around the intersection of punk, folk and garage rock.

Mon Nov 7 , 2011
Spread the love This is a tough record for me to review. I’ll say from the start the I’m neither particularly knowledgeable about ambient drone, […]