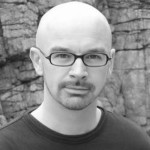 I am writing as I listen, I travel with the album.
It’s clear that this particular doom has brains from the outset.
Starts with a riff like early 4AD processing John Fahey then launches into polymath cascades of joyous noise.
The first title track… starts with what sounds like the vocal cartridge for a string machine then launches into some seriously amped up (possibly Chrome inspired?) vocal manglings over an agressive bed of intent. My visceral reaction is like the first time I heard Sisters of Mercy in the early 80s.
This is immaculately put together, the aesthetic & production are consistent and flawless.
The line “the burning kiss of steel” perhaps describes this album better than I can but I’ll keep going.
“No Resurrection” sounds like Satan possessed Wire and they were better for it.
I have to say, there is a lot of fake anger in music but this registers as real, like Mark Stewart and The Pop Group, when Suicide Wraith sings “Curse Your Fucking Name” I believe him.
We get a few glimpses into the “other space” throughout, quieter and more measured like “Grey” but no less angry.
It’s a wailing against the world whilst publicly cutting yourself and running after strangers to wipe your own blood on their faces.
Now the 15m title track. I will stop making comparisons now as I hear a unique voice here. The title track puts all of the elements in the other tracks together and goes for it relentlessly, sorry one last one, it does remind me of the most intense moments of Chrome. Oh, wait I’m being groomed again by a beautiful cut-back, now experiencing full penetration. Manifesto made song.
Last one, “Wailing in Grief”, it does what it says, my ears will need a serious rest after this.
So it’s got structure, intent, performance and conviction and is flawlessly put together.
Is it good? Yes it is. Would I know another new track by this band in an instant if I heard it, yes I would. 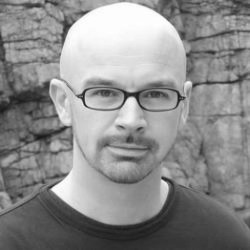 Sun Jan 14 , 2018
Spread the love We’re proud to offer a retrospective label mix by yet another young (but promising) label – this time we’re talking about Strategic Tape […]

10 More Guest Mixes From 2017
Polypores Mix by Polypores Best of 2017 Mix by Petridisch…
Cresta Posts Box by CP
%d bloggers like this: