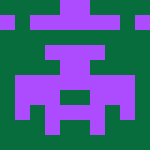 The House of Cake is in effect, y’all! Houdini Mansions’ first plunge as a label is a sprawling, 15 track effort featuring 24 artists cobbled together into a package that is dense, foreboding, and sinister.
Strings, chimes and swells greet you warmly at first (provided by Qualchan), but this initial burst of lightness is pushed down into droning, Foley sounds featuring the narrator of our story.

The story is brooding. It is spooky. It was perfect Halloween music for my daily commute, and just as Halloween provides the illusion of fear, you get the sense as the story develops and evolves that this is perhaps a story of in innocence.
There may not be some grand metaphor for the House of Cake. There may not be cannibalism or other dastardly things. This may very well be a simple bakery. This abstraction of what is really taking place is a great narrative tool.

The story plays like an old radio play, albeit in abbreviated form as vocals and narration are sparse and often serve as clues to the overarching theme.
The music is the feature here, and while 24 artists are a large amount, there is a coherence and a cohesion to this release. Tracks ebb and flow in a drone type fashion, with old time television advertisements and vocals highlighting songs like “The Craving”, featuring Petridisch, Garrett Vandenberg, and Cryostasium. Tracks like this are the norm as sounds slowly evolve and enter your periphery.

There are tracks that jump out though, from the almost Ween inspired indie pop of “The Sugar Boys” with The Lower Depths and Graytron Sonic, and the “Prince of Pineapples” by Michael Depp and Zombye Mastermynd is the closest a 2018 drone-featured album will get to Timbaland style club anthem. A song like “Preheat Blue (Fever of Love”) is an inspired vapor-synth styled opening to some 80s action film drenched in neon.
And that’s not to highlight these more song oriented tracks, but to show how each track highlight the disparate elements of each artist involved and that as a whole, this album is very much the sum of its parts — deftly arranged and manipulated.
The House of Cake is a sprawling, sometimes silly, often times sinister work whose coherence within these differences makes for a compelling listen. Definitely worth your time.

One thought on “Review: Houdini Mansions – House of Cake”

Review: Brook Pridemore - Metal Is My Only Friend

Tue Dec 18 , 2018
Spread the love Hope seems to have become a byline buried deep beneath the earth. Hope is page ten stuff. Doesn’t sell. Do not inquire. […]

Review: Brook Pridemore – Metal Is My Only Friend