Full disclosure, I met Devras Plexi because he came to one of my shows, and afterward introduced himself, and I’m pretty sure that fucks up some kind of unwritten code for music reviews. I’d rather be open about the fact that I have met this person in real life and we follow each other on twitter. If that makes this review untrustworthy for you, at least I told you up front right? Right?
Devras opens the record with Samadhi, and it kicks off abruptly. Samadhi isn’t something everyone is familiar with, so let me provide its cold definition:


a state of intense concentration achieved through meditation. In Hindu yoga this is regarded as the final stage, at which union with the divine is reached (before or at death).

This is where he STARTS the record. I’m just starting to get my footing by the time it hits in this weird emotional place that takes me right back to being a lonely kid. Lots of these tones and melodies seem to do that to me, I’m immediately reduced to being a scared kid dealing with hard mornings and harder interactions with the other kids.

Welcome to Devras Plexi – Sentient Beats. An underlying theme for me with this record is its ability to hit me right in all the same tender spots I’ve hidden since I was a child. It’s hard to explain, but the shimmering twinkly synths combined with the glockenspiel like tones throughout really feel like they embody the anxiety and loneliness I felt at like 10. I want to go back in time and hug myself, and tell myself not to listen to these people or do these things because it doesn’t work out. I’ve listened to this record with my kid as a result.
Sitting and clutching him like the universe was trying to rip him away from me while he distractedly played with his tablet games. Maybe this record is kind of doing that too, gripping onto youthfulness so that the hole in the sky doesn’t suck you away.
When I take notes on a record I really try not to think about what I’m saying. Sometimes this works, other times it creates notes like the one I have for Sila track 2.


Some future machine churning out small animals to live in our homes and love us. It controls our society, and will bring world peace.

I’m not sure how that helps anyone, but upon re listening I’d say it’s accurate. The meaning of the title I think comes from Sanskrit, and means “behavioral discipline”, “morality”, “virtue” or “ethics”. Some of the use of space here is very interesting. There are these weird pumping/breathing sounds the whole time which occasionally come into the forefront to great effect. It gives the track this breathless, shimmery feel underneath the surface sheen of sparkle and pomp.
Tingly bell synths punctuate the intro to the next track, Light Watchers. In come the flutes, and now comes the thing that Devras seems to have a real knack for. These tracks are nostalgic for something I’ve never heard; they’re emotional, and they hit you in a place that’s vulnerable. Sometimes they’re just playing around, sure, but other times like in tracks 1, 3, 7 and 8 you hear a definite tone and style that becomes very unmistakably Devras Plexi. You definitely hear the juxtaposition of styles in track 4, which is a track that features Cesium Swimsuit. An oceanic track appropriately titled Oceanic Scenery that has this chimy bell portion that strikes me as having that definite Devras Plexi mark, but without having been told there’s no way to know for sure who’s done what of course. In track 5, Vedanta Rationale, Devras decides to use that ocean to drown a synth. It’s this slippery, awkward track that carries into track 6, Mantra, which is this strobing anxious run through the dark warehouse of your subconscious.

It’s obvious now to me why he was into what I was doing, as we both have an affinity for bells and gongs, and we both seem to be drawn to spirituality and meditation if the song titles are any indication. The seventh track, Right Thought, comes back to the playfulness (as in playing toy instruments hard as fuck) and the mixing in the bridges halfway through starts playing games with your headspace. This is a perfect lead in to the closing track Mahavibhasa.
This track name is referencing an early Buddhist scripture that is synonymous with the teachings of Mahayana Buddhism, and so if you’d like to learn more about what Devras is getting at with all of this you can read up on Mahayana Buddhism and there’s a wealth of material. This tingly/breathy track is pretty on the surface and still somehow almost alien.

This is one of my favorite albums of the last year or two. I’ve purchased it, and listened to it with my family. I’ve been brought to tears several times by this record, and idk if that was intentional, but it was welcome. Get it, and let it set the tone for your next few days. 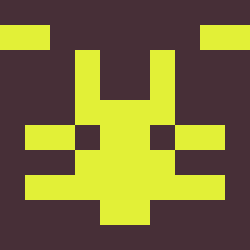 Review - The Eternal - Witness to an Execution

Sat Jul 14 , 2018
Spread the love The Eternal’s Witness To An Execution is an album that invites repeated listens. Self-described as lo-fi instrumental bedroom music, The Eternal’s album […]

Music Recommendations for July 2018
Fresh batch of music suggestions from our followers/readers! Feel free…
Cresta Posts Box by CP
%d bloggers like this: