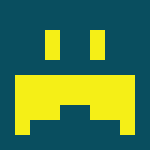 Imagine my absolute joy earlier this week to discover that Chris Adams was about to release a new album under his Bracken moniker, entitled High Passes, on the West Yorkshire-based Home Assembly label.
For those of you who don’t know Adams’ work, he and his brother Richard were part of post-rock Leeds legends Hood fame, who set about releasing quite beautiful pieces of music through the naughties and 00’s through the uber-cool Domino record label.
The band’s swan song album, 2005’s ‘Outside Closer’ hinted at a more progressive glitchy style, and while Richard set about creating his own more organic project, The Declining Winter, Chris delved deeper into the world of electro and ambient music, releasing under the names Downpour and Bracken, with this Bracken release being the third in a series following on from 2007’s We Know About The Need and 2014’s Exist Resist.
Where Exist Resist breathed melody across stuttering beats and dub vibes, High Passes takes Adams’ songwriting skills and gently dismantles them across electronic experimentation and ambient textures, delivering his best work to date. An ambitious and talented producer, Adams’ greatest skill is retaining the pastoral, somber nature that has always been present through his work; the songs are delivered almost as confessions and apologies, haunting and paranoid, even more so with this new collection of songs.
Album opener, Slow Release draws you in with a pulsating beat and melancholy vocal; simple and beautiful, the track expands into dub techno played at 70 BPM. It’s a stunning piece of work and sets a bench mark for the rest of the album to follow. Ghostly stutters and stops, percussion clattering with a pop sensibility and vocal reminiscent of Natasha Khan’s Bat For Lashes project.

November Day is our first real taste of Adams flexing his muscles as a songwriter and producer on the record, a dark, brooding track that finds Adams’ lamenting about a cold November day, harmony and synth bringing the track to a natural crescendo, before heading into the ambient lullaby of Half Recalled. This is electronica created in an intelligent, melodic way quite unlike anything else being created currently, engaging and embracing in equal measures.
Other highlights of the album include the stuttering retro synth sounds of Branch Hid Sky, complete with computervox treated vocals and slow disco beat, the Avalanche-esque sounding Invest In Aquacar, while Masked Headlands heads back to Hood’s Cold House era in impeccable style.
With High Passes, Adams has surpassed himself as a songwriter/producer and thrown down the gauntlet for all of his contemporaries to follow. A stunning collection of tracks that takes the listener on a journey through the industrial towns, urban streets and bleak back hills of northern England and beyond, High Passes deserves high praise indeed, and is a real contender to be nominated for this year’s Mercury Awards.

Thu Jun 16 , 2016
Spread the love50 Foot Wave is led by Kristin Hersh of Throwing Muses fame, so its no coincidence that the title track off of their Bath […]