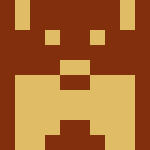 Mostly shunned and misunderstood by the music press for the entirety of their three and a half decades – even during their prolific mid 80s to early 90s glistening purple period – the enigmatic Nik and Mrs. Fiend return to the Cherry Red label and deliver an album to rival any in their ‘orrible ouevre.
Outside of specialist sites/magazines catering to the dark side, a more wide-ranging acceptance of Alien Sex Fiend is still yet to fully materialize. The Quietus have boldly gone there on occasion but it is clear from their Youth-produced 1983 debut ‘Who’s Been Sleeping In My Brain?’ (which somehow combines the likes of punk/proto-techno hybrid ‘Wish I Woz A Dog’ with wonky Chas’n’Dave pastiche ‘Black Rabbit’) onwards, it is a body of work that deserves at least a speed date with whoever is responsible for handing out the ‘credible artiste worthy of widespread approval’ medals. But ASF deserve so much more and their influence goes beyond the black lipstick and backcomb scene.

Mrs. Fiend is an unsung hero in the electronic music world, her inventive analogue pulsing and pummeling drum patterns the backbone of all their works; her vintage synth arsenal still in use both on stage and off. And though her and her husband’s band may have never been acknowledged as a direct influence on The Prodigy for example, blow away the cobwebs and shoo out the bats from the ASF shed and the Essex ex-ravers’ mid-90s reinvention as chemically processed punks owes a lot to Nik & Mrs’ early home brews. Despite this, if you scrape that barrel of post-punk bands that have been either deservedly or undeservedly reappraised, re-released, and in many cases reformed and you’ll still find lurking at the very bottom the reanimated carcass of ASF, twitchingly awaiting their dues and always ready to take a fatal bite of your arm.
Maybe an easier decision to make in 1982 than today but Nik recently admitted in this radio interview that being tied up and beaten while delivering VCRs – an experience he likened to appearing in an episode of The Sweeney – was the deciding factor to push him to realize his long-gestating artistic ambitions full time, swapping the delivery van for the tour van to go full pelt into the music scene, first managing the stage in The Batcave. Within a few months, on that same stage Nicholas and Christine launched their new Fiendish Nik and Mrs. personas in December 1982. With their synth-heavy take on a grimly comic version of glam, punk, and general sonic ugliness, they quite reasonably expected to last for one gig. Against the mocking faces of all kinds of adversity, they’re still bloody at it.
As the years tick on, the ASF back catalog does not get any easier to categorize but an increasingly infrequent addition has finally arrived in ‘Possessed’, splattered with all the discomforting fiendish sonic and visual motifs you could wish for, from the Nik Fiend daubs and scrawls of the gatefold sleeve to their trademark E-mu Drumulator snare. And in keeping with each of their previous 12 long-players, they also spring many a jump-scare to keep you alert. Just their third LP in 20 years, the couple have many times admitted in the most ego-free, non-rock’n’roll way that the realities of life have slowed them down at various points but they always keep bobbing up again like an especially buoyant bat turd.

‘Possessed’ arrives after their longest layoff from new releases thus far; the 8 years between this and 2010’s ‘Death Trip’ started very promisingly with a massively re-energized 4-piece line-up hitting the road (bolstered by long-term collaborator and ex-Sabrettes alumni Matt Pod, and reunited with their greatest guitar slinger Simon ‘Doc’ Milton) culminating in their glorious 30th anniversary bash at London’s Boston Dome in 2012, which I was extremely fortunate to attend. Swans-meets-The Bug sonic pressure levels were maintained over a three and a half hour stretch that felt all too brief – they had hit a full-band live peak not reached since 1992 (as was documented on live album ‘The Altered States Of America’).
The quartet naturally thought that this chemistry would transfer nicely to record, so press the record button they did, piecing solid ideas, jams, and happy accidents together in their usual way. Sadly multiple roadblocks lay ahead, most tragic of all the passing of Doc Milton in late 2016 but thankfully they had captured enough of his playing to enable the album’s eventual completion, after an understandable break in its development.

As with peak ASF, when Nik is in full vocal flight, with his scorched howling like a bubonic plague outbreak during a nuclear attack on Albert Square, there’s no real need to throw a distorted electric guitar into the mix, but on much of ‘Possessed’ that’s exactly what you get – and in far more plentiful servings than have been dished out since ‘Open Head Surgery’ from ’92. Doc’s inventive stylings are all over it, from sliding space cowboy twangs in ‘Ghost In The Machine’ to the unlikely appearance of a zombified MBV wobble in ‘Amnesia’.
When Nik nips out for a cig and a cup of tea during the bittersweet instrumental ‘Neutron’, the good Doc and Mrs. Fiend reimagine ASF as a parallel-universe Pink Floyd where Dave Gilmour and a synth-bound Syd are quite happy with their lot banging out stoner jams for hip cassette labels. In another twist in terms of the ever evolving ASF catalogue it’s also actually quite a beautiful track, and a fitting, bittersweet send-off for Doc.

Nik Fiend at his ghoulish geezer best is a frequently hilarious narrator that finds the funny side in every dark situation (such as in the relentless ‘Eat! Eat! Eat!’ from 1990 – is there another lyricist that could summarize despair in this way? – “Someone nicked me milk and the papers never came – me legs cramped up and I howled right at the moon!”) but since 1995’s bangin’ ‘Evolution’ EP he has occasionally repositioned himself as wizened cosmic shaman, happier to repeat certain phrases than blurt out the streams of semi-consciousness of yore. Though never quite as verbose, much like the late Mark E. Smith Nik’s later lyrical outpourings are for the most part very much more condensed than on earlier works (e.g. ‘It’s In My Blood’ – exactly WHAT is in your blood Nik!? PLEASE elaborate and…can we have some too?). You do wish he would open up and go for the funny bone a bit more but having said that, ironically he somehow manages to shoehorn the word ‘taciturn’ into the defiant, reflective ‘Invisible’ so maybe the joke is on us.

As befits a 13th studio album hindered by bad luck, multiple other uses of cliche apply – for starters it’s a beast best blasted loud and its impact is heightened by listening uninterrupted from start to finish. Going against script is the fact that even in 2018 there is no other act quite like them, coupled with the joy that they can comfortably fire out a track today such as the bludgeoning industrial maelstrom of ‘Carcass’, which rivals any of their previous best work.
Short closer ‘Bloody Reprisal’, a brief, muted echo of aforementioned epic skuzzy techno stomper ‘It’s In My Blood’, unleashes at 0:52 a most gruesome and unexpected sonic weapon – the harmonica. For diehard fans this is a combined WTF and LOL moment, and if you were to summarize the entire ASF career thus far in 6 letters, WTF and LOL would do just nicely.
https://www.youtube.com/watch?v=Oe4hZfEa-mQ

Sat Feb 9 , 2019
Spread the love A guest mix for iheartnoise, exclusively featuring music made by New York artists within my lifetime . Something of a farewell to […]