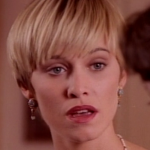 The first thing that might strike people about LA droners AIRSPACE is where they are coming from:  Steve Nalepa is perhaps best known for his work in The Acid and Team Supreme. Tony Bevilacqua, the other half of the team, is probably best known for his playing in Distillers at one point.
What is equally striking but in a more vital way are the sounds they present on their 2nd ful-length album.  Heading much closer to the tones of Jeff Grienke and Steve Roach’s electronic and tape based work than, say, the duo’s known work with Brody Dalle or the Weeknd, LP2 presents, with a sort of musical key guide via the first letter of each track, massive tectonic shifting layers of (electronically generated?) grey tones and drones.
Subtle background keyboard harmonies and contrapuntal notes drift through the waves of controlled madness, while the reverb-laden atmospheres bend and refract.  As much as I’d like to point a finger at one track it’s nearly impossible to do so, as they all (from the grand opening of “(F)ORMING” to the stark closing of “(B)LOOM”) end up morphing into one another in the end (intend-ed?) and it all becomes a gigantic, mercurial texture-pillowed treatise on the Circle of Fifths.  It seems these days music coming from this general angle is rabid these days, but rarely (seriously) does it get better than this.  It’ll be interesting to see where the project takes them next.