Awhile ago we put out reissues of Tommy Bell and Howcha Magowcha by Boston’s own Turkish Delight. Subsequently, both of those sold out, TD played an incredible reunion show and there’s a 2xCD anthology out on a British imprint The Reckless Yes… 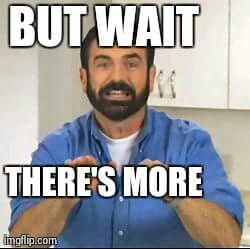 This morning we heard the news that Salty Tang, 1999 LP by Betwixt, one of the bands that formed in the wake of TD breakup, is getting a vinyl treatment! The band features Dave and Leah from TD along with Tom Devaney (Bulkhead) and Gordon Withers (Office of Future Plans / We All Inherit the Moon). Some of the things that were said about the original LP…

a twisted, yet thoroughly beguiling mess of form-free pop – CMJ

The band’s best rock songs, such as the cello-driven gypsy-grunge of “Mosquito Bites” and the loping, klezmer-tinged “Sound of America,” manage to be both dynamic and sophisticated, while the gentle yet disturbing “Needlessness” and the similarly hypnotic “Back of a Hand” hint at their softer side. Though their style might seem somewhat limited, the group branches out into more straightforward rock on “Spencer For Hire,” pretty, dreamy pop on “Stop-N-Start,” and arty instrumental territory on “Melvin Belron’s Wedding.” – AllMusic

Head over to Betwixt’s Bandcamp page to order your copy of the vinyl and/or listen to the original.

Wed Jul 29 , 2020
Spread the love Yes – we got our own Discord channel (along with a forum/discussion board) now! Part of what makes it so great is […]