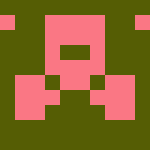 Jarman’s instrumental 4-song EP starts off with a bang.  ‘Kubrick in September,’ the first track, has plenty of ingredients for sonic awesomeness; dirty, menacing keyboards, crashing drums, and Swervedriver-y guitar melodies.  And the second song picks up right where the first lets off, adding a propulsive motorik vibe to the mix.
But then, sadly, the wheels start to come off.  What begins as a hooky, driving, instrumental tour-de-force slowly devolves into unambitious and well-trodden territory.  ‘Bioluminescence of the Deep Sea Creatures’ merges Explosions in the Sky with Christie Front Drive with predictably expected results.  You see every chord change and dynamic shift coming a mile away, and it’s a shame, because this is a talented band who could stand to push the boundaries of their songwriting a bit more.
By the fourth song, ‘The Scene of Exclusion and the Obscene of Inclusion’ (they’re Italian – I’m sure it sounds better in its mother tongue) you’re tired of the same galloping mid-tempo rhythms and wondering if you should listen to the bands they’re so obviously referencing instead.  The expectedness of their songs doesn’t obscure their talent, but I’m left wanting more, and the tantalizing hints that pepper their first two songs lead me to believe that, with time, they’ll surprise and delight.

Sat Apr 16 , 2011
Spread the love “Battery” is the latest compilation from Exploding In Sound Records. Its a collection of 20+ tracks from the likes of J. Mascis, […]