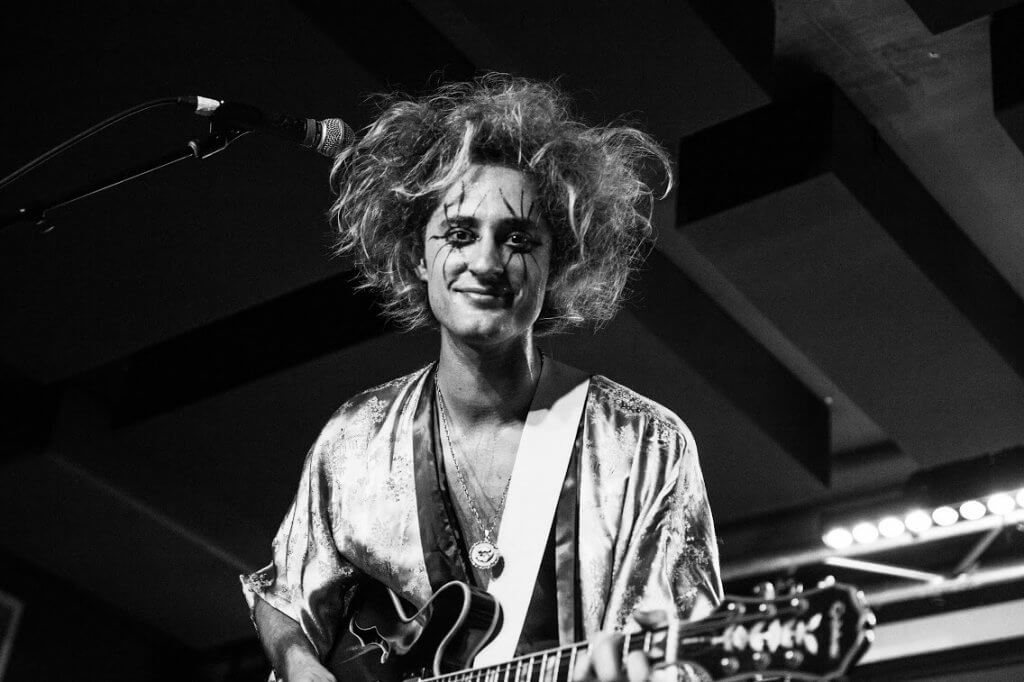 We’re talking to the creator of the Message and an earnest satellite operating on empathic (not to be confused with emphatic) waves sent by their maker – Brooklyn artist Hnry Flwr whose show with Ziemba and Bong Wish we witnessed last year at Deep Thoughts JP.
For those not in tune with The Message (yet, one hopes) there’s Blaze Boylan / Wonderkind TV produced documentary called “The Making of a Star“.

What is the back story on Hnry Flwr documentary? What led to its creation?
The documentary was Blaze Boylan’s idea. His company Blaze B Mgmt took us on so that I could focus on my work in The Infinite Void, mining for The Message— which is the core of where the Flwr Music comes from. Toward the end of the documentary it became clear that he was less interested in elevating The Flwr Family Band and I and more interested in elevating himself— both in fame and fortune. That’s when I disappeared into The Infinite Void. I had to reevaluate my relationship with him. I returned on Bloomsday to release our EP, Flowerama. Since then, Blaze has been less and less available. I’m not sure where he is now.

How does it feels to work with visionaries like the director who does not allow dancing in the video?
This is clearly a 21st century approach as we certainly don’t want our stars do dance anymore, but do you ever get into clashes over how grand those visions are?
Lorenzo, the director is one of those directors that is impossible to understand in the moment but when the project is done, you look back in amazement. It’s hard to know if his bizzare creative process is calculated and almost manipulative, or if he’s a master of chaos, like a sea captain with an instinct for navigating through an unpredictable storm. Then again, I suspect luck has something to do with it too.
He does not feel strongly either way about dancing, from what I can gather. I did notice he was holding the same piece of bread all day though.

Another interesting approach I noticed is that you are also a new kind of star – the one that is kind of growing in the process of documentary being made
I’ve always found the making of a star to be very mysterious. Trying to find that moment where everything clicks into place and a star is born is beautiful and dangerous. I don’t believe one is supposed to know that it is happening while it is happening. It’s more natural to just see the star as it exists or not see the star as it does not exist. Our goal is to capture that moment in everything we do. The Message is a documentation of that pivot.

There’s also a nice Spotify playlist that Hnry blessed us with and that everyone is recommended to listen to, since it further amplifies The Message