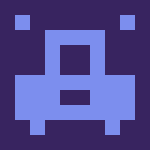 Deep Heaven Now is an annual festival of ambient/experimental/shoegaze music which takes places in Somerville. The most recent festival (DHN IV) took place in August of 2011.

“A fierce cannonball into the talent pool.”
If there’s any concern now, it’s that you’ll run into someone a little too eager to remind you how “much better this shit was” in the late ‘90s when Deep Heaven Now was just “Deep Heaven,” before ID-checks and corporate sponsorship.
“They called it a long-format rager,” recalls Jinsen Liu, who spearheaded the revival of the biannual atmospheric art festival last year. “There were always about seven or eight bands in an illegal space in Chinatown or the netherworld of Boston or Cambridge.
It took some time for Liu to win over some of the scene vets who had taken him under his wing back when he was cutting his teeth in Boston’s DIY underground. Among them were some of the brains behind the original happenings, including members of local trip-out standouts Abunai and Lockgroove.
“I’m still in touch with a lot of the people from back then,” said Liu, now a singer/guitarist for 28 Degrees Taurus. “For the record, their parties were more extreme.
I got crap for taking sponsorship—some people were like ‘We wouldn’t do the corporate thing’… [But] I got their blessing. I wanted it to be the same ideals.”
Dig Boston