Entirely instrumental, Sacramento CA based Hella seemingly were never bothered by the absence of lead singer, as their music speaks volumes, even without vocals and lyrics.  Power of combined guitar/drum attack is evident throughout a number of albums that they released on labels like Narnack, 5 Rue Christine and Ipecac.

Prior to Hella, band members Spencer Seim and Zach Hill were both in Legs On Earth (described as “Devo, Talking Heads kind of thing” by Hill). LoE produced one album (2001 “Lasers & Saviors” on Para-Sight Records) and broke up.  Afterwards  Seim and Hill decided to start Hella with their first recording being self-released EP called “Leather Stream”.

Their proper debut was “Hold Your Horse Is”, which came out on 5 Rue Christine label in 2002. All Music Guide pointed out that “The spazz-core style contained within the nine tracks of Hold Your Horse Is is a beauty to behold, yet is certainly not for the meek or close-minded.” Flak Magazine concluded that “In Hella’s craft of contrast, the technical and musical weigh equally, complementing each other with a carelessness that can only come out of care. And it’s this quality that translates their spasms without losing hold of their horses as they charge through the tracks.”

Further down the road, the band produced an EP for Suicide Squeeze label, did a split with Dilute and released another full-length – 2003 “Total Bugs Bunny On Wild Bass”, which came out on Narnack Records. AMG pointed out that “arguably, a disc like Total Bugs Bunny on Wild Bass is to rock what the experimentation of Anthony Braxton, Ornette Coleman, Henry Threadgill, and Ivo Perelman is to jazz.” The review also concluded that “Total Bugs isn’t just musical masturbation — there’s a method to the madness. And when all is said and done, Total Bugs generously rewards those who are daring enough to go along for the ride.”

2004 “The Devil Isn’t Red” came out in two formats on two different labels – 5 Rue Christine released its CD version, while Suicide Squeeze was responsible for an LP version. AMG pointed out that “Fans of Trans Am or even Deerhoof should get plenty of yuks out of Devil Isn’t Red and Hella’s frenetic, seemingly multilimbed lather” and concluded that the album is “a challenging mess, but one with uncommon rewards.”

2005 brought double album “Church Gone Wild / Chirping Hard”, which came out on Suicide Squeeze label.  Tiny Mix Tapes website concluded that “Church” “may not be exactly groundbreaking or revolutionary, but it’s the kind of idiosyncratic release that reminds experimentalism to laugh when something’s funny.” Splendid Magazine pointed out that the record is “a flawed, majestic account of what can happen when a band splits down the middle to compose on their own terms, with no artistic differences and no coalescing of ideals.”

2006 “Acoustics” EP was exactly that – acoustic versions of Hella’s songs.  Pitchfork gave the album a rating of 6.6 points out of 10 and pointed out that “these six instrumentals retain every ounce of Hella’s distinctive and bewildering sputter– pounding the listener with a sonic impact akin to getting trampled by jacked-up centipedes.”

Hella’s latest album (as of 2009) is “There’s No 666 In Outer Space”, which came out in 2007 on Ipecac Recordings. Prefixmag commented that “There may not be a 666 in outer space, but back here on Earth, Hella’s uniqueness has been compromised.”, while Pitchfork pointed out that “Excusing the album’s inherent garishness, 666 expands Hella’s core sound to new heights that, although at times hard to stomach, finds the band both at their most playful and regimented.

“Been A Long Time Cousin (Live)” on If The Twenty-First Century Didn’t Exist It Would Be Necessary To Invent It (5 Rue Christine, 2002)

“Dance Of The Drunken Siberian” on You’ve Got Your Orders Vol.1 (Chrome Peeler, 2002)

“World Series” on Getting To Know You: An Introduction To Ipecac Recordings (Ipecac, 2007)

One thought on “Band Bios // Hella” 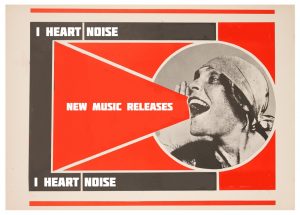