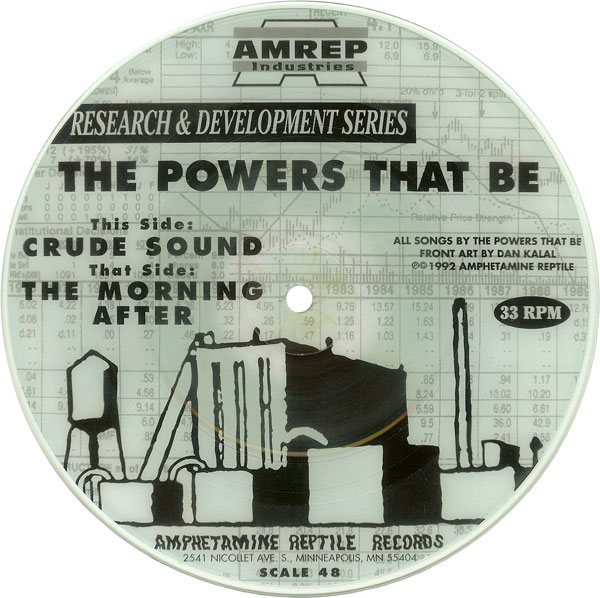 Manchester, England based band who produced one single for AmRep. Along with Thee Mighty Caesars, they were one of the few English bands on AmRep.
Tom Hazelmeyer on Crude Sound:
“It was a demo that AmRep got from the U.K., keep in mind that was back in the day where an overseas phone call would cost you 1/2 a weeks pay, and barely anyone even had fax machines (e-mail wasn’t even a gleam in your Daddy’s eye), so back in the stone ages, communications with them were minimal. I have no idea if they even ever played a gig. They just sent the demo, we exchanged a couple letters, and bam, we put it out. Don’t recall hearing much from them afterword. Kinda the same thing that happened with the Whopping Big Naughty (from Oz/Aus) AmRep 7″ (one of my all time faves). I do remember the average AmRep fan of that time not digging it as it sounded too “English” & “Shoe-gazer”. Me, I cut my teeth on U.K. ’77 Punk and Post Punk, so I’ve always had more than a dash of Anglophile in me.”
Fun Facts:

A-Z of Amphetamine Reptile – Pogo The Clown
Spread the love Manchester, England based band who produced one…
Cresta Posts Box by CP